Beffi Castle dates back to 1185, although the structure we see today dates from the C12th – C13th, with additions made in the C14th including the gateway to the west with the coat of arms of the castle: San Michele on a tower.

Originally the castle’s function was defensive and guaranteed control of the territory due to the visual triangle created with the other towers in the area. The building comprises an impressive tower from which extends a fortified area that houses several residential structures and was once the home of the feudal lord, the members of the guard and the population. 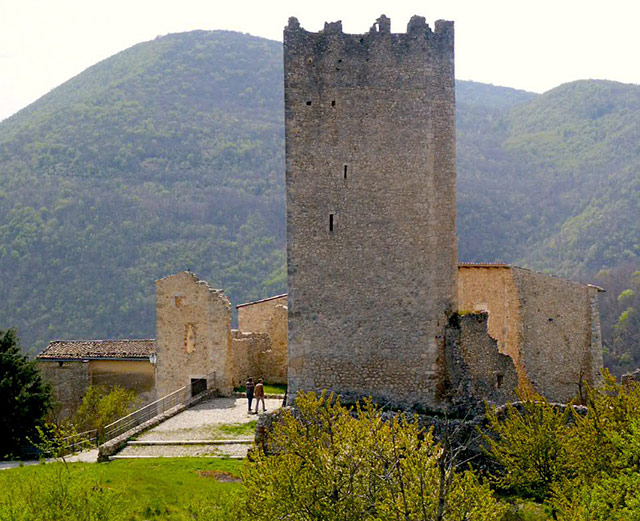 The pentagonal tower is about 18m high; internally it is divided into 4 levels the first of which housed a cistern. In the tower are still visible arrow slits that testify to the use of the tower as a defensive structure. With the passage of time however the castle was used more as a residence, until the eighteenth century when it began to fall into neglect.

3D model of the medieval castle