The Roccapreturo tower is probably coeval with the Beffi Castle (XII century) and completed the pattern of visual triangulation of the valley for defense of the Aterno Valley territory. 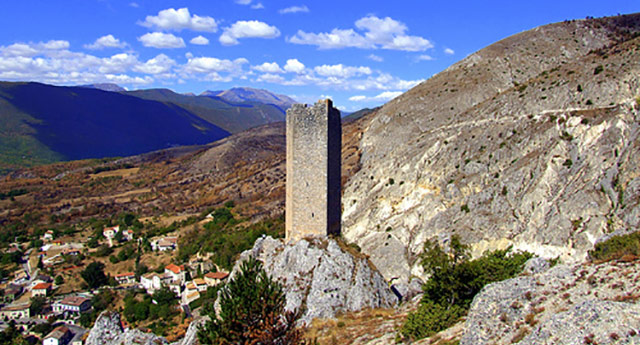 About 10 meters high and with a plan in the shape of an irregular pentagon, it was part of a fortified enclosure with triangular defensive task of the village below. This fence, adapted perfectly to the steep terrain, was a typical feature of the defensive systems of the area; its main purpose was to house the inhabitants in case of siege or war and grant them protection even for extended periods.

Ancient fortress remain today only a few remnants of easily identifiable in the surrounding walls of the tower.

3D model of the medieval tower