Beyond Tione, is the village of Acciano, an old fortified village, built on the steep slope in the left side of the Aterno River. Prominent monuments of the village, which still retains its mighty walls, are the ancient parish churches of St. Peter and St. Lawrence, with a valuable door and Renaissance frescoes inside, and the Palace Galli. 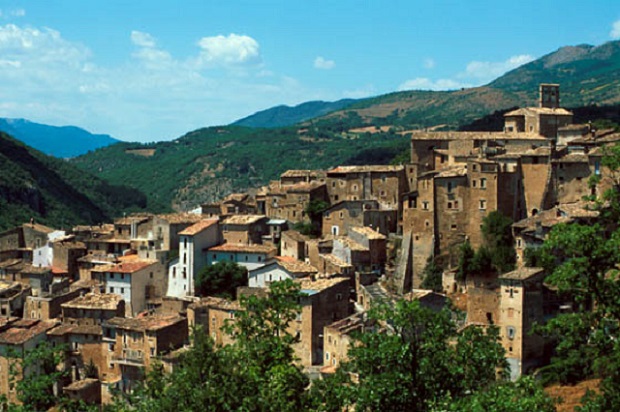 A few kilometers from the main town center, on a rocky outcrop that descends to the Aterno River below, one can see the ruins of the small, walled medieval town of Beffi, with an imposing pentagonal stone tower (XII century). A few meters from the fortified town is the beautiful church of St. Michael the Archangel (XV century).

The nearby town of Roccapreturo, another hamlet of Acciano, is dominated by an imposing walled medieval tower (XIII-XIV century), built to defend the small town below.