Particularly fascinating is one of the villages near Caporciano, the ancient fortified village of Bominaco, where one can find a magnificent twelfth century castle and two “pearls” of immense value the splendid Romanesque abbey of S. Maria Assunta, inside which one can find preserved masterpieces such as an ambo (1180), the abbey chair (1184), a candlestick, tabernacle and altar (all dated back to 1223), and the extraordinary oratory of S. Pellegrino, founded by Charlemagne, but rebuilt in its current form in 1263, which offers walls and a ceiling covered entirely by a magnificent cycle of thirteenth century frescoes depicting scenes from the life of Christ. 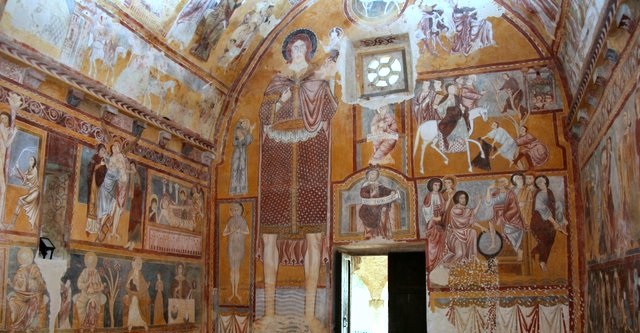